What is a Paramotor?

Powered paragliding, also known as paramotoring or PPG, is a form of ultralight aviation where the pilot wears a motor on their back (a paramotor) which provides enough thrust to take off using a paraglider, otherwise knows as the “Wing.” A Paramotor can be launched in still air, and on level ground, by the pilot alone — no assistance is required.

The ability to fly both low and slow safely,  the minimal equipment and maintenance costs, and the portability are claimed to be this type of flying’s greatest merits.

Paramotors usually fly between 15 to 50 mph at altitudes from ‘foot-dragging on the water’ up about to 24,000 ft or more although most flying is done under 500 ft. Due to the paramotor’s slow forward speed and nature of a soft wing, it is not safe to fly in high winds, turbulence, or intense thermal activity, therefore limiting flights to early morning and late evening on hot summer days.

The Paramotor, weighing from 45 to 90 lb  is skillfully operated by the pilot during takeoff. After a brief run (typically 10 ft) the wing lifts the motor and its harnessed pilot off the ground. After takeoff, the pilot gets into the seat and sits suspended beneath the inflated paraglider wing like a pendulum. Control is available using brake toggles for roll and a hand-held throttle for pitch. Some Paramotors have wheels (as seen below in pictures) instead of foot launching (also seen below). Wheels can require a bit longer “runway” for takeoffs and landing, but not by much.

CLICK HERE to learn about how paramotor pilots can help save lives.

How Can Paramotors Help? 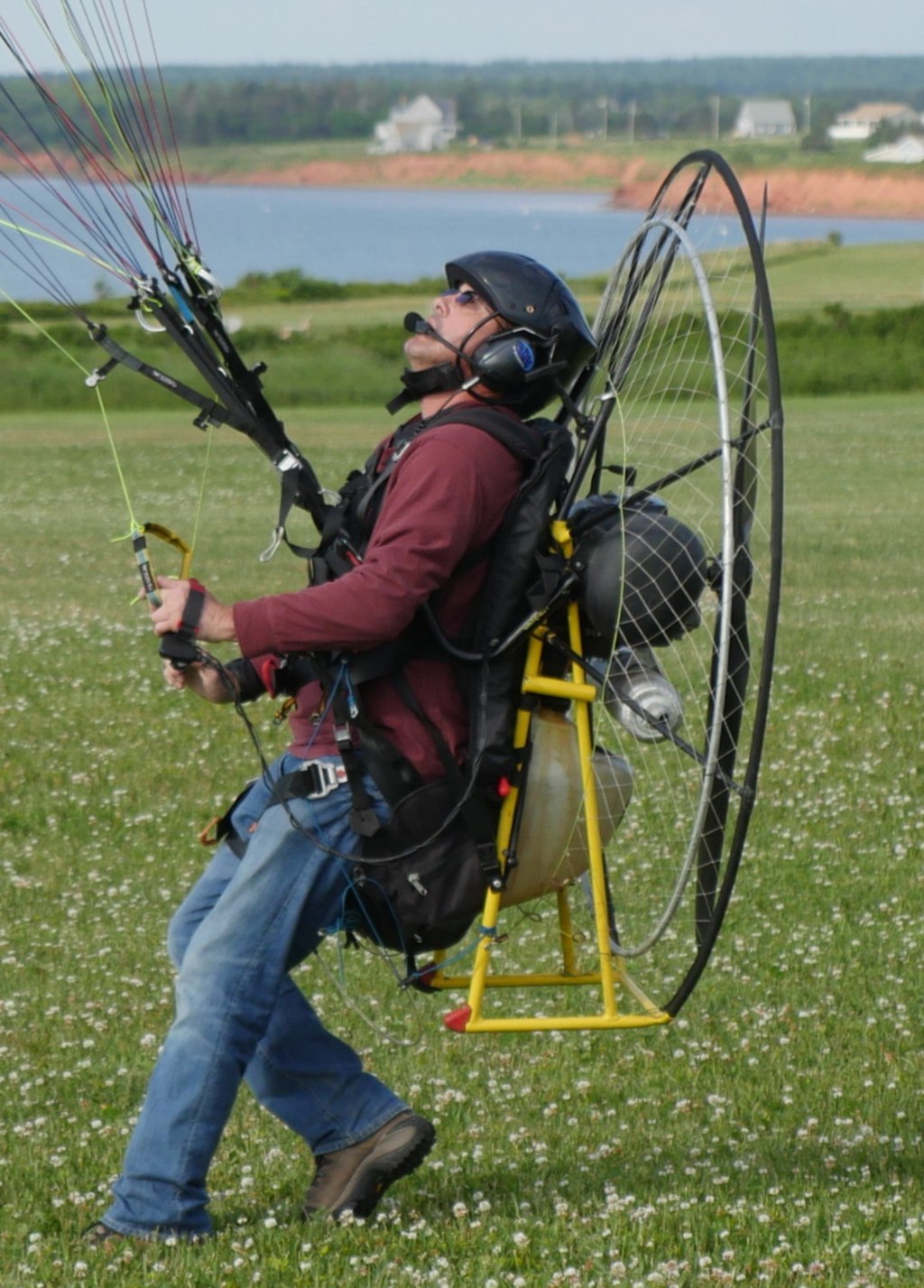 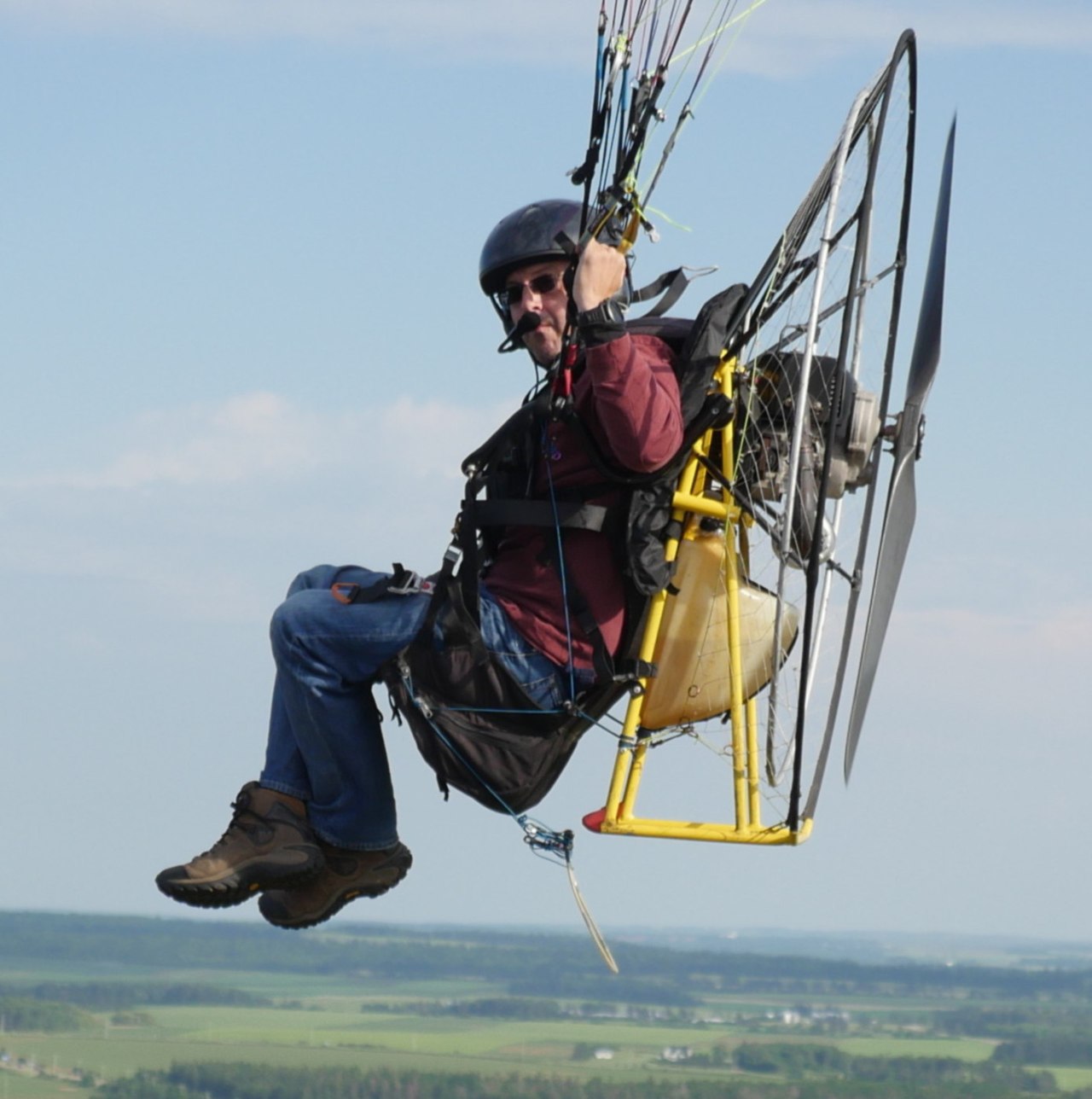 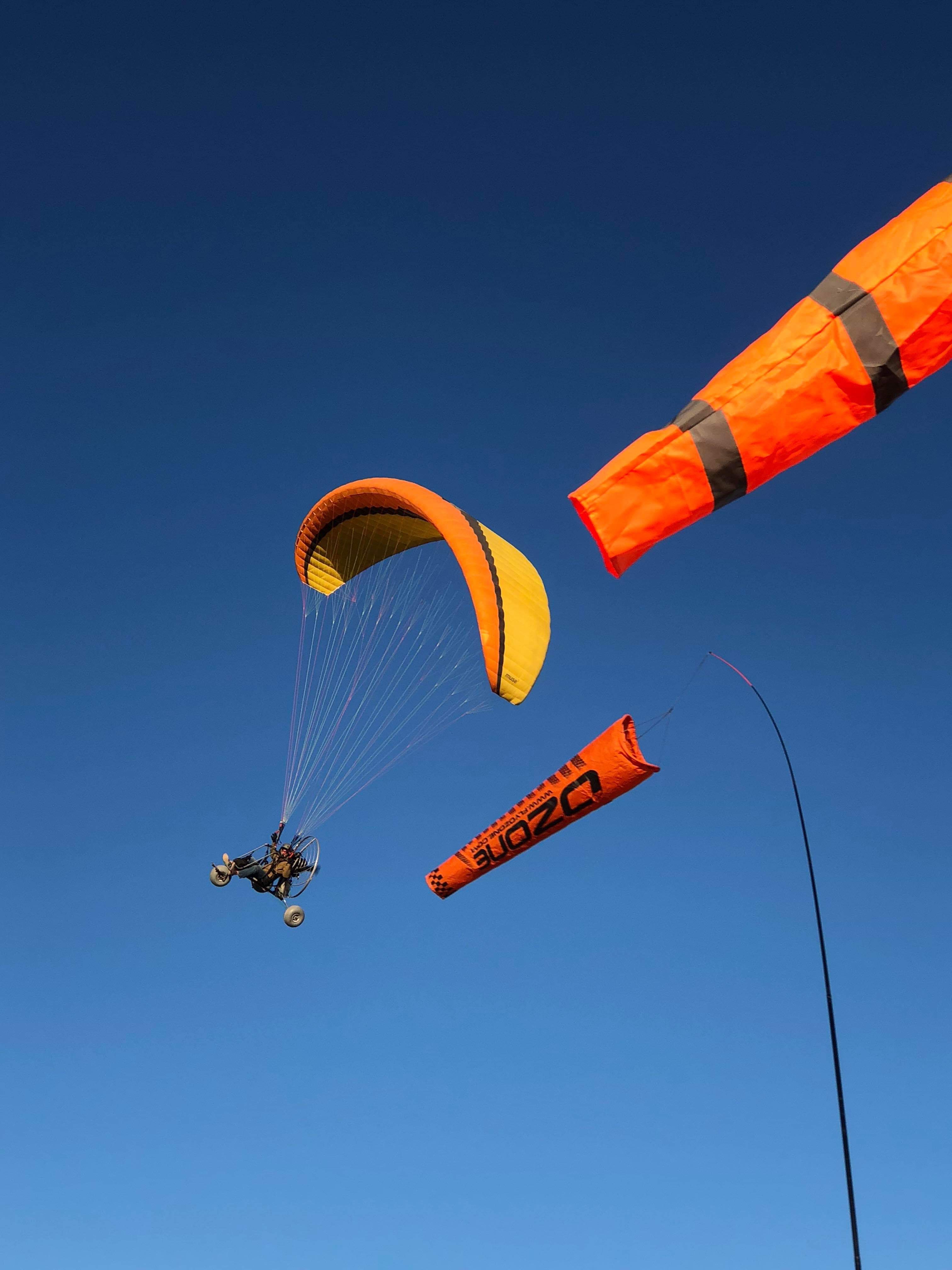 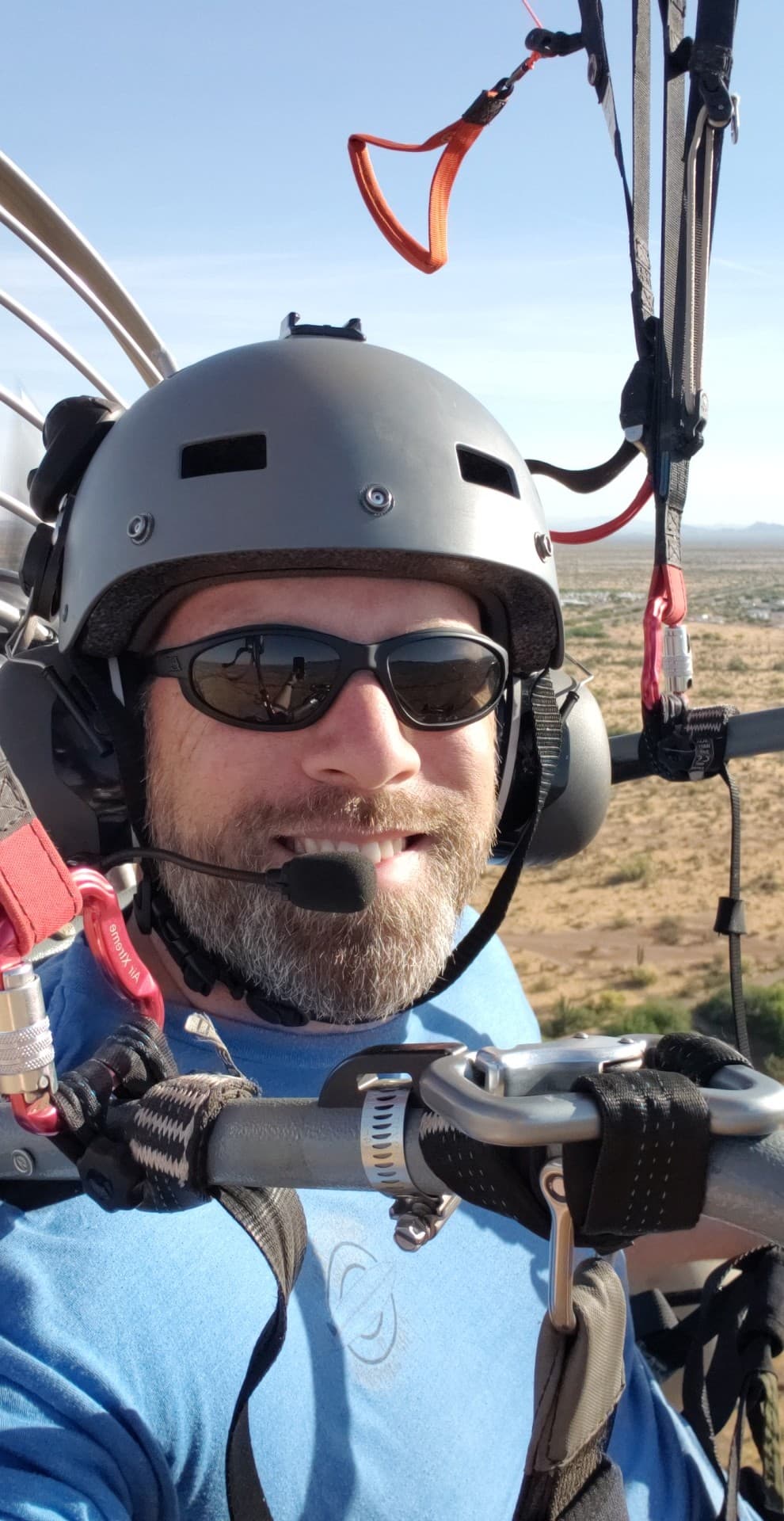 Join Us
Scroll to top