Search for Willa at Tonto Basin

You are here: Home / Search for Willa at Tonto Basin

Colby and Willa were with their parents as they tried to traverse flooded Tonto Creek at the Bar X crossing off State Route 188 on Nov. 29 after a winter storm, according to Gila County sheriff’s officials. Their cousin, 5-year-old Austin Rawlings, also was lost with them.

Warnings were posted advising motorists not to cross the creek, but it is a common occurrence those on the other side use to traverse the flood basin to get to school and stores. They have been using large, military style trucks to cross for many years.

Willa’s parents, Daniel and Lacey Rawlings, and four other children were rescued. Austin, their niece, is the daughter of Daniel’s brother, Jay Rawlings.

On Dec 1st, 2019, Gila County Sheriff Department, Lt, Tim Scott, sent us an a request to fly the entire basin, from 4 miles above Roosevelt lake to see if we could locate Willa by Paramotor. We sprung into action the next day and covered roughly 150 miles of a 4 mile trek with 3 Paramotor Pilots (pic below). We were scheduled to search the site again, but further down the river, by the mouth of the lake, the next day, but due to a helicopter and drones being utilized, we were grounded. Although we were fairly sure after 150 miles of flying that Willa was not visible from the air, we were able to review the 4k footage of the flood basin to see if we could ascertain her whereabouts in the water. After many hours of going bit by bit through the footage and after our analysis of the dynamics of flow of the river bottom and considering how much water had flooded down the basin, our official recommendation was that she was in the lake, or very close to it. Here is a copy of the picture we sent Gila County, along with some text:

“…after reviewing all of the 4k video I took of the search area, over and over again…I will be shocked if Willa is anywhere but the end of the flood basin, near or in the lake.”

After two weeks of more flooding (consequently, a man drowned in the same area about a week after this incident while crossing the basin during a flood), we are sure she was then washed completely into the lake. Willa was found by a pediatrician in a canoe while searching around Indian point, just around the bend to the left in the photo in this blog post. 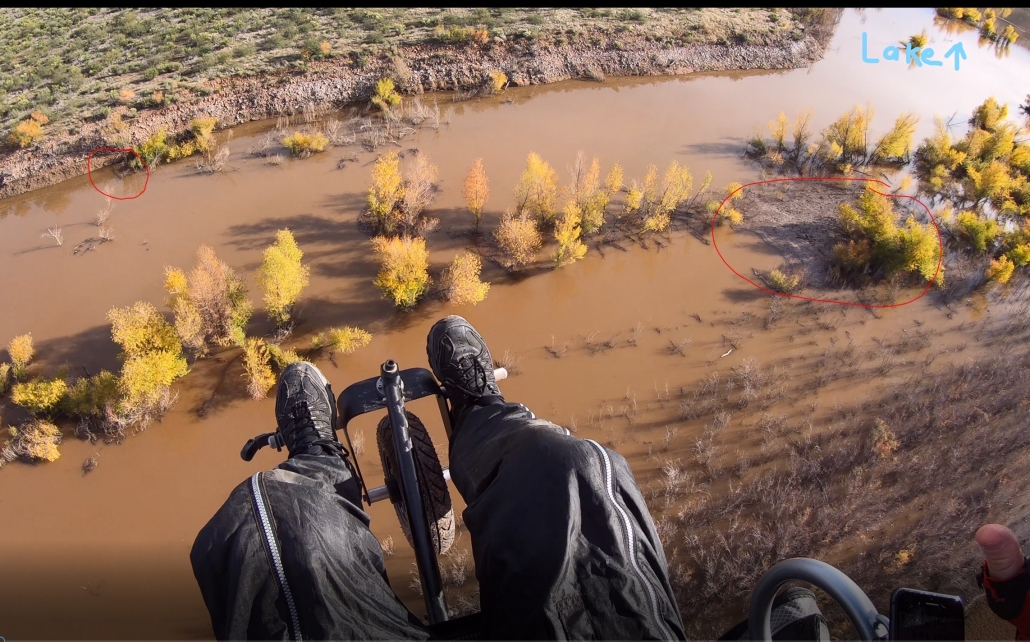 This is the trek of only one of our Paramotor pilots searching all over the 4 mile basin area. The red and orange colors indicate an altitude of under 50 feet, with green being the highest. 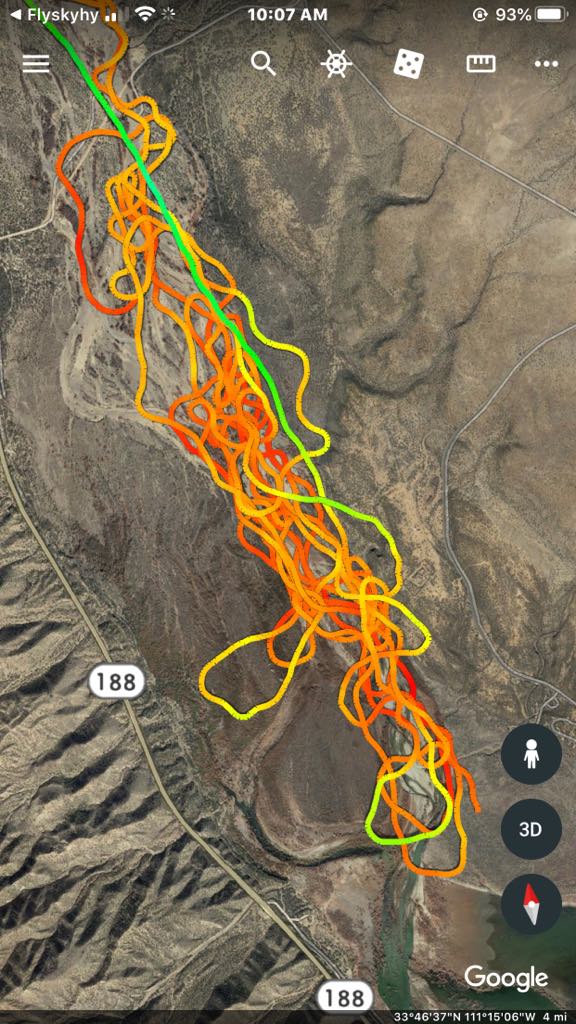